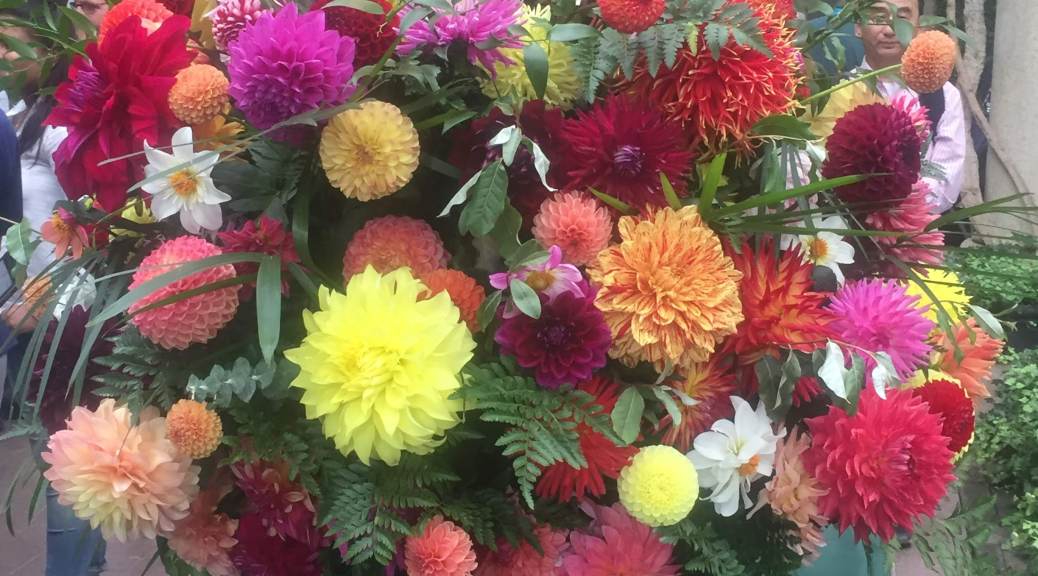 Dahlia or Dahlia hortensis is an amazing spiky flower grown in some areas as a perennial bush.  It belongs to the Compositae family. 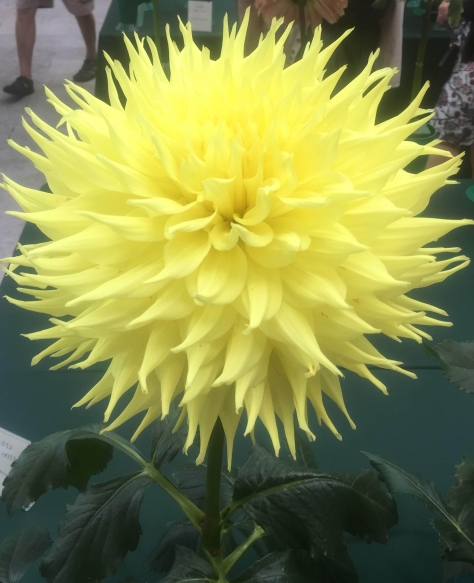 It has approximately 50,000 cultivations, the flower was named after the  18thcentury Swedish botanist Ander Dahl.

These amazing flowers were on display the first weekend of Fall at Longwood Gardens along with The Greater Philadelphia Dahlia Society. They hosted the American Dahlia Society’s 2018 National Show.  Over 2,000 blooms filled the Conservatory during this competitive show with the major dahlia species featured in the Exhibition Hall. These flowers range in size from 10 inch (dinner plate) across to 2 inches (pompon or some are labeled pompom)!  The trail garden at Longwood featured Dahlias specifically because of the show this year.

In this garden region Dahlia’s need to be removed and stored over the winter. This can be done after the first frost and when the foliage has blackened. Then carefully dig up your dahlia tubers and cut the stalk 2 inches away from the tuber.  Let the tuber dry out in a frost free area for a couple of days. Once the tubers are dry brush off excess soil and store in ventilated box, basket or heavy brown paper bag. Cover the tubers with slightly damp sand, peat moss or vermiculite and place in a cool dry place where temperatures are between 45 and 55 degrees.  Check on them periodically to make sure they are not rotting, have become a winter snack for a critter or have shriveled up.  If they do not look plump in appearance just mist them lightly with water.  The tubers are quite fragile at this stage so be careful handling them.  They can be replanted in the garden when temperatures warm up consistently later in the Spring.

It was fun to learn and experience the joy dahlias bring; the show made you want to plant a special area in your garden and share in the same delight of all the proud owners of these wonderful plants put on display.

Till next time, delve and delight in nature! 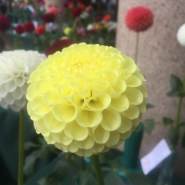 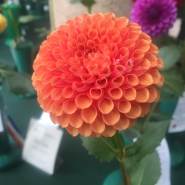 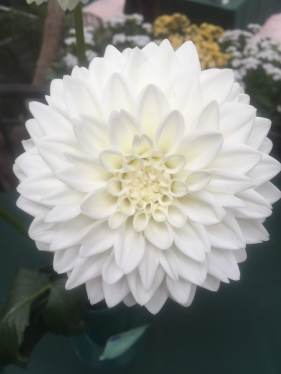 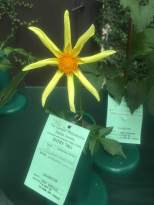 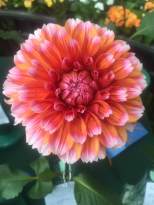 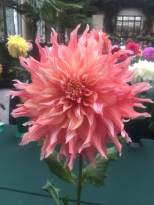 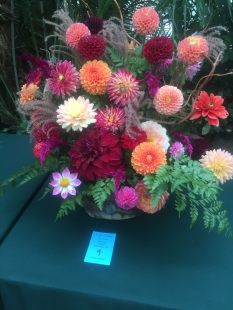 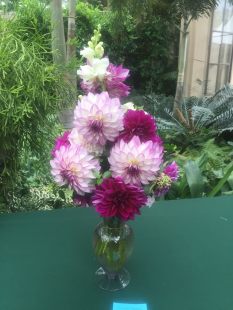 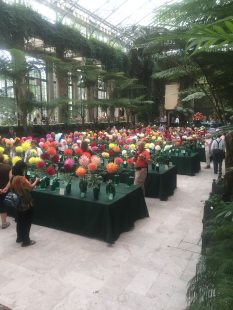 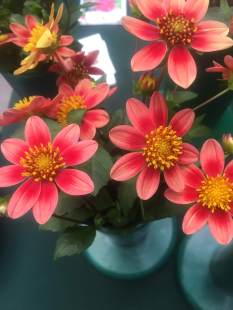 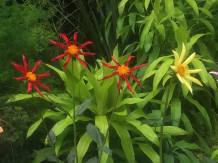 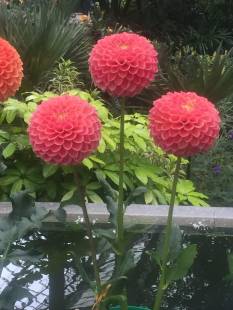 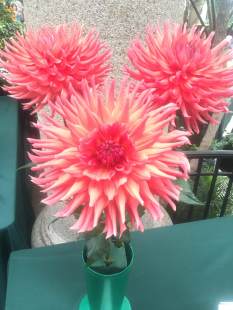